Four-star concert in the Tri-Valley

Two huge works were both performed on a single program, overfilling Livermore’s modest Bankhead Theater for an acoustic experience like body surfing. Donato Cabrero led the California Symphony, four fabulous vocalists, the SF State Symphony Chorus and a violin soloist who ranks among her generation’s greatest. 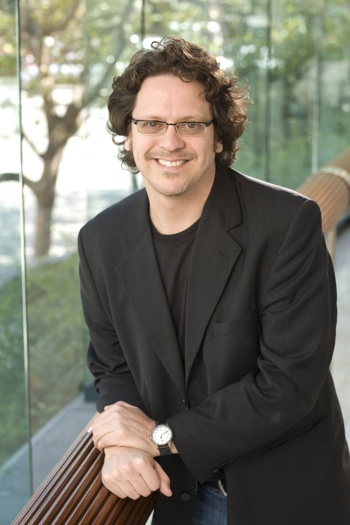 It was an ambitious program, and every element sparkled.

Cabrero, the Resident Conductor of the San Francisco Symphony, guest-conducted this fourth and final program of their season. His enthusiasm and exactitude made it easy for the accomplished musicians to do their job, but it was his nuance and attentiveness to young violinist Lara St. John that made this concert special.

Cabrero warmed up the brass with a colorful premiere by D. J. Sparr, the Symphony’s young composer-in-residence. Optima Vota: Overture-Fantasia referenced electric guitar with a power-up, then slid into Disney-esque timbres edged with glitter of cymbal and sweeps of harp. Dense layers of unison strings and complex brass harmonies made way for a “minimalist” section, built up from rhythmic strings. And then returned to sharper colors with marimba and triangle and trombone. It was an ambitious work, though so thickly buttered that it approached a mono-tonal plateau.

And then came genius. Peter Tchaikovsky’s Concerto for Violin and Orchestra was greeted in his day with a lukewarm reception, and a preeminent violinist even declared it “unplayable.” Today it is seen as one of the pillars of the violin repertoire. Joyously self-absorbed, it is a work so sensual, moody and brilliant that many have aspired to climb its peaks.

The soft thrum of basses opened in a Germanic vein, perhaps quoting Beethoven, but quickly built to Russian chords and modes.

Lara St. John entered on a phrase that trembled on the edge of breaking, an approach that would have been useless in a grander hall, but stole the show in the gloriously live sound of the 500-seat Bankhead Theater. Her rendition was deeply idiosyncratic, reveling in each mood and mood disorder. In other words, she owned it. Her bow skated sideways for a tremulous patch, then bit down hard in the low register. Her grace notes were explosive whips, and she bent notes as if she was making it up on the spot.

Eyes closed for the cadenzas, St. John leaned in to Cabrero to work tempo changes and entrances, a collaboration that made their fluid vision impeccable.

The orchestra was a willing partner, a perfect gentleman to that wild abandon, and their smoothness should have been surprising. But once I began to recognize members of the orchestra, I realized that this was a cream crop of the greater Bay Area.

Concertmaster Victor Romasevich also performs with the SF Symphony, and I once had the pleasure of writing about a quartet that he plays in. His stand partner, Dan Flanagan, is concertmaster of the Sacramento and Modesto Orchestras. In the last two weeks one could have heard violist Darcy Rindt and trombonist Thomas Hornig with both the Berkeley and Oakland Symphonies, or recognized Bass Principal Raymond Vargas as Principal of both the Napa and Modesto Symphonies. Many of the performers regularly sub with the SF Symphony, the SF Opera Orchestra or the SF Ballet, and they circle between numerous regional orchestras. Their camaraderie is not too surprising, given that these roving musicians have probably played together in other venues, a game of musical chairs.

After intermission we got another blockbuster: Beethoven’s Symphony No. 9. The orchestra showed their mettle, alternating agility with a big and comfortable sound. And that became a metaphor for Beethoven’s inspired architecture, which alternates agile hairpin turns in mood and key with long and inventive variations.

Cabrero led with flair, and his sense of drama even extended to pauses, which lasted half a heartbeat longer than convention.

And then we arrived at Beethoven’s crowning achievement, the Ode to Joy, and the one hundred members of the choir, crowded into the deep stage, stood. Bass soloist Adam Lau made a commanding entrance, furring long-held notes with thick resonances. Mezzo Renee Rapier added a silken backdrop and soprano Marina Harris wheeled high above. Rising stars of the opera world, they all sang with the supple clarity of youth. 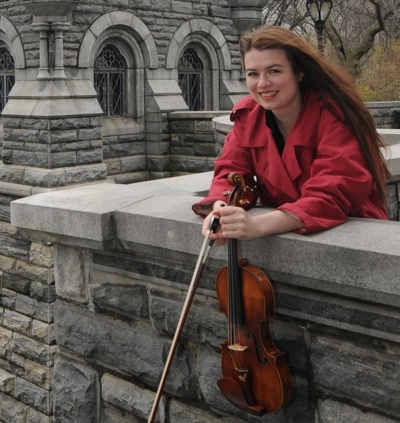 The chorus shook the mid-size hall, as Beethoven no doubt intended. The sopranos were bright and the basses impetuous, and all eyes were on Cabrero. It is unusual to find a chorus so well prepared, and their hard work pays tribute to director David J. Xiques and to Vance George, former director of the San Francisco Symphony Chorus.

Big chords and lilting gestures gave us Beethoven’s gift of commanding and playful, music that swelled in the heart and was a tonic to the spirit. I’ve seldom heard it with such “freude,” such joy.