Finding heart in the abstract

“Music begins where poetry leaves off…” was the title and premise of Earplay’s season opening concert, held last Monday, Feb. 10, at San Francisco’s ODC Theater, and their program seemed to bear that out. The five short and thoughtful pieces all quoted past forms, but made it vital and truly personal, just as poets pay homage to lasting truths while looking out of their own window. 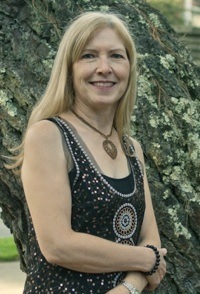 James Joyce’s stream of consciousness, metaphorical and fragmentary, evoked an Irish poetry that David Schiff translated into the music of jig and reel in his 1981 Joycesketch II. Ellen Ruth Rose performed the viola solo from a demanding score that lapped across two music stands. Her sharp upstrokes and dissonant down strokes progressed into density and multiple layers, with bits of ancient colors peeping out.

At one point high figures hovered over a low drone, a surprisingly accurate sound of bagpipes.

Then Ann Callaway’s reveries from a European overlook turned a castle’s long history into a stately Pavane, replete with the tolling of church bells. Written in 2007, Memory Palace, a trio for clarinet, cello and piano, was meant to evoke the poetry of place. Brenda Tom opened with the lowest notes on piano combined with high harmonic nodes for a wild reverberation. Then clarinetist Peter Josheff and cellist Thalia Moore took a sprightly Renaissance line, curiously light despite the odd conjunction of their two instruments.

Wistful clarinet runs and more forceful cello phrases were underscored by strangely coloristic piano chords, reminiscent of the synaesthesia of Messiaen, and all delivered with the measured cadences of memory. Josheff, a composer in his own right, later told me that he was performing on a new clarinet with excellent action, and one could hear that in his very liquid lines. Thalia Moore, the associate principal cellist with the SF Opera Orchestra and a founding member of both Earplay and the Empyrean Ensemble, added another level: an ability to ground the ensemble while illluminating it. Her gift was that of an impressionist painter’s awareness of the subject as light, and the resulting blend was skilful and understated, almost dream. 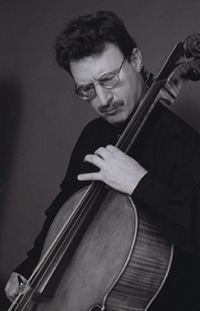 The “poetry” continued in Dan Reiter’s Sonata for Flute and Harp, another curious interplaying of very different timbres. Reiter, a composer who is also the principal cellist of the Oakland Symphony and a frequent collaborator of Earplay, has written much music for cello and harp, as it is the instrument of his wife, Natalie Cox. Sonata for Flute and Harp was written in 1982 when he was part of a trio for flute, harp and cello.

“Writing this piece for [flutist] Angela opened up my life. I poured myself into it,” revealed Dan afterwards, and spoke of the beginning of his composer’s journey, a polyglot that combines threads of many cultures, with Eastern European modalities taking turns with Middle Eastern, and flavored with the rhythms of flamenco and tabla.

Flutist Tod Brody delivered throaty rivers of notes interwoven with harpist Karen Gottlieb’s starry spangles, like an ancient Greek mating of Earth and Sky. But this mesh of folk idioms was carefully constructed, and therein is the poetry. “The piece opens with a single note, F sharp, which is surrounded by notes of equal distance…the basis for the piece as a whole,” according to Reiter. And that defines the relative dynamic between musical line and structure, a symbiosis between a message and medium that slowly unwound into a unity of flute and harp, of slurs and silvering.

On the second half of the program, Moore returned for a cello solo, George Crumb’s early Sonata for Solo Violoncello (1955). This truculent experiment was full of youthful ardor, opening with acidic plucks and then slowly drawing us in with heartfelt lyricism balanced by the bite of tritones. The second movement was all short gestures and questions, and the finale used a dramatic vocabulary of close-knit arpeggios.

Violinist Terrie Baune then joined Moore and pianist Brenda Tom for Tamar Diesendruck’s devilishly difficult trio, On That Day (1991). Based on the biblical tower of Babel, the three instruments played similar material, but in an asymmetrical round that slowly converged for one measure of relief, and then diverged again into near-chaos. It was cheery and quirky, and Mary Chun conducted to help keep the three lines on task.

Like the artificial constraints of Oulipo, this was constructed poetry (and deconstructs through construction!), and buoyantly successful because of—or despite—its structure.

Earplay gathers some of the best soloists in the Bay Area to explore new terrain, and their concerts are always illuminating. Warming up for their next concert, March 31 at ODC Theater, will be a lecture on contemporary music, held on Thursday, March 20 at SF’s Museum of Performance and Design, 7:30 p.m. at 893B Folsom St, SF.