Songs of fire and darkness…

The shortest day and longest night is December 21, the winter solstice. It is the dark time of the year, when diverse cultures pray for the return of the light, some with candles and others with Yule logs. Kitka, a Bay Area-based women’s a cappela group with an international reputation, gave five concerts over the last week to celebrate this nadir, and then added a sixth concert to pray for the victims of Oakland’s Ghost Ship fire. 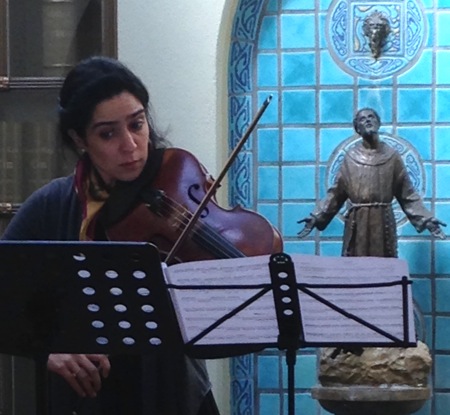 On Friday, Dec. 16, they performed at St. Paul’s Church on the edge of Lake Merritt, repeating part of that material on Sunday, Dec. 18, at Oakland’s Chapel of the Chimes, where they joined a mass celebration/mourning by musicians organized by pianist Sarah Cahill and New Music Bay Area.

Kitka’s program, titled “Wintersongs,” combined fear and celebration into a potent ritual that was entirely suitable to re-use for the memorial. That Friday concert was stunning in its tapestry of rich harmonies and jangling dissonances, and with a sense of history layered into every phrase.

“For sixteen years Kitka has researched songs,” explained Shira Cion, Kitka’s Executive and Artistic Director, “and this seasonal gathering has become a tradition. These are universal themes, summoning the return of the light.” 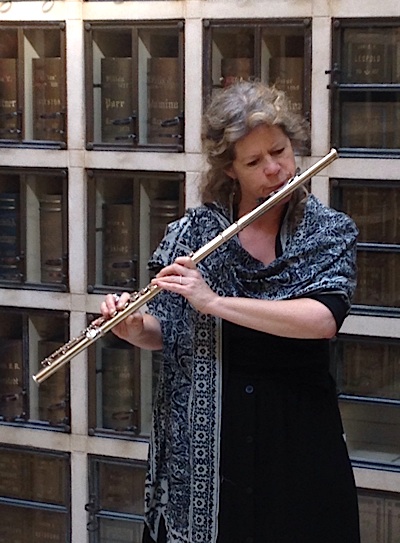 They opened their concert with “Alilo!” or “Halleluiah,” a Christmas Eve song from Tbilisi, in the Eastern European Republic of Georgia on the edge of the Caucasus Mountains. Their vocal presence was remarkable, each voice strongly holding to its note, with a bit of the penetrating edge and nasal quality of Bulgarian “chest” voice. Long-time member Janet Kutulas held a lower line rock solid, while more recent member Natalie Bartlett shrilled out high notes that keened across the harmonies.

Sydyt’ Mykolaj was a lovely Ukrainian duet between Kelly Atkins and Corinne Sykes, with gentle harmonies on a text of tears and rivers.

Newest singer Hannah Levy soloed in the Bulgarian Ladom Se, Goro, Zalade with a big bright voice, and the others answered with gentle harmonies. 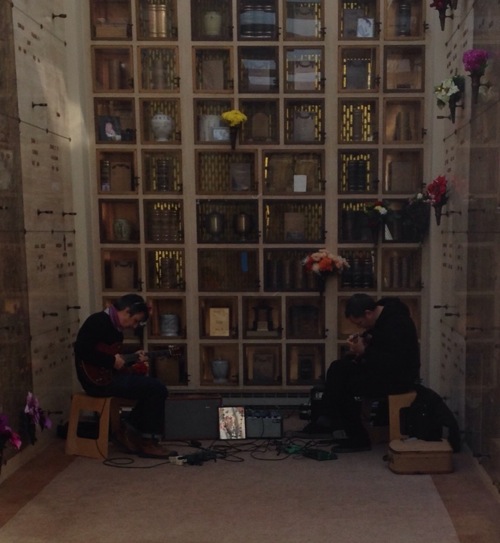 Kristine Barrett, a mezzo with a wide range, joined Erin Lashnits Herman and Samantha Shokin in a rich trio.

They sang a program gathered from Bosnia, Bulgaria, Ukraine, and Lithuania, some with stark lines and others with smooth thirds, some with sharp “yips” and others with the deep drone of ancient villages. The languages were as varied, including Yiddish and Rumanian.

Two days later at the Chapel of the Chimes one could flow from one performance to another over four hours, with thirty performers in different spaces, much like the Summer Solstice event that New Music Bay Area has long hosted in this sprawling temple. Early in the day, members from Kitka were joined by the Georgian Community Choir, with three men adding bass heft to a range that was already surprisingly wide. Their first song was almost shouted, giving us the rough-edged joys and rhythms of a real village. But then they took on deep Slavic harmonies that may have inspired Brahms and Debussy, and closed their set with a moving prayer for the dead.

I wandered from room to room, listening to the chanting of two saffron-robed monks, to a percussionist hurling her grief at a skeletal construction of metal, and to the slowly parsed breaths of flutist Diane Grubbe. Filtering down from an upper floor, the Cornelius Cardew Choir created slow-shifting clouds of sound, a circle with each resting a hand on their neighbor’s back. The beauty of semi-random notes was also a mourning song for the recent death of Pauline Oliveros, the composer that inspired their founding. 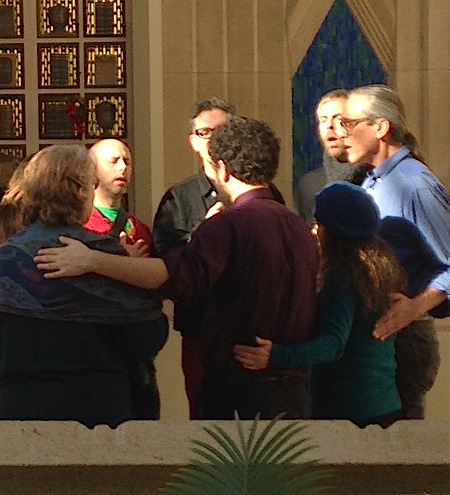 Most difficult to hear was the laughter that came out of a small side chapel. Six of the young musicians who died in Oakland lived briefly on a bus and were recorded on home movies as they chatted and cooked and laughed together. Their youth and sparkle were heart stopping.

Kitka closed the afternoon with an otherworldly beauty. Again, Shira Cion introduced them. “We’re so honored to be here today to sing at this musical reflection. 2016 has been a really intense year, and we’ve lost many people who are dear to us… At times like this it is really important for our communities to come together to share what we believe in and to make art, and to appreciate art.”

Kristine Barrett also spoke to the tragedy. “I think it is a prickly space to navigate because it is so human. None of us can avoid experiencing grief and loss and heartache, and it’s these very experiences that allow us to become our most vulnerable, our most tender. The next set of songs explores darkness: a mother’s fears, the withering of love. Longing.”

Photos from top: a violist in a small chapel; Diane Grubbe; two guitarists; members of the Cardew Choir. Below, members of Kitka, photo by Miles Boisen. 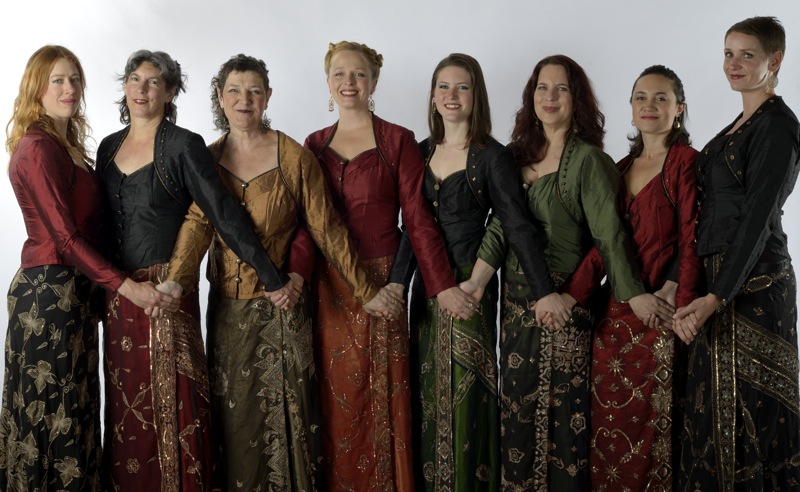