Of bright notes and curious texts

An exploration of voice and percussion was the theme of Left Coast Chamber Ensemble’s performance last Saturday, Dec. 3 at Berkeley’s Hillside Club. Aptly named “Brilliant Palette,” this program veered from fin de siècle French to contemporary and back to French, a pleasing variety of genre and color. 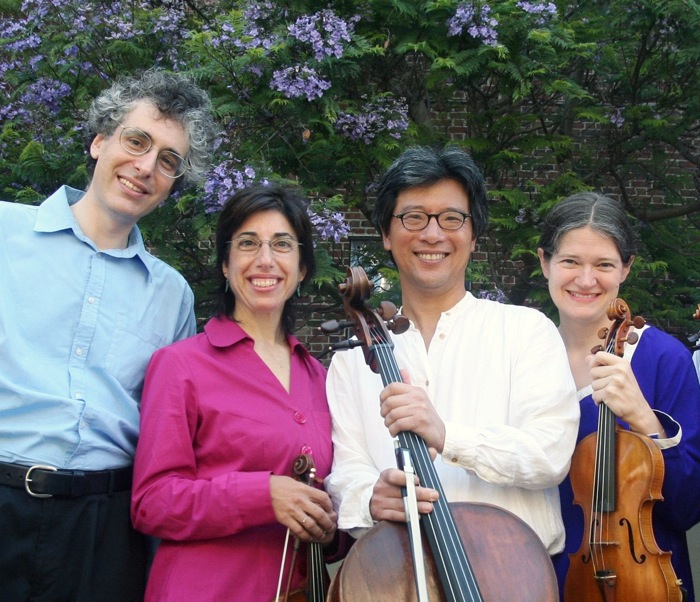 Now in their 24th season, they also welcomed two new members last week, swelling their ranks from an even dozen to 14, and those two were the featured performers. Soprano Nikki Einfeld has sung with Left Coast in the past, and I have written about her remarkable agility and purity of sound. And percussionist Loren Mach is a welcome fixture in the Bay Area. Those 14 include strings, winds, piano and guitar, and their thoughtful programs are a changing combination of those instruments.

They began with Ernest Chausson’s Chansón Perpétuelle for Soprano, String quartet and Piano. Anchored by Eric Zivian on piano and violinist and Artistic Director Anna Presler, and with Phyllis Kamrin on viola, Leighton Fong on cello, with guest violinist Jory Fankuchen, this was a fivesome of remarkable tightness.  They came together for a deep “wheeze” of string harmonies, and then slid into a supporting role for Einfeld’s authentic French vowels, complex and strangely sweet and pouty. That contradictory language was a good choice for Chausson’s text, a poem by Charles Cros that sexualizes the suicide of a young woman. When Fong used his cello’s high register to create entreaties, the poetry went from bizarre to downright creepy. And glorying in that, Chausson swelled the harmonies, with a last deep chord that was as softly chilling as it was sumptuous.

Moving ahead 116 years, Fong returned to play Caroline Shaw’s modern “Boris Kerner” with Loren Mach, a tribute to a study by a traffic engineer. Perhaps alluding to the discrete yet wave-like nature of flow, or to the changes of state that create traffic patterns (with the volatility of traffic-as-gas and the frozen quality of jams), this cerebral work was a balm after the steamy French. Fong played arpeggios that recalled Bach, while Mach pottered about tuned flowerpots, his liquid thrums suggesting a pointillist narrative that slowly began to dialogue with the cello’s Baroque intervals. 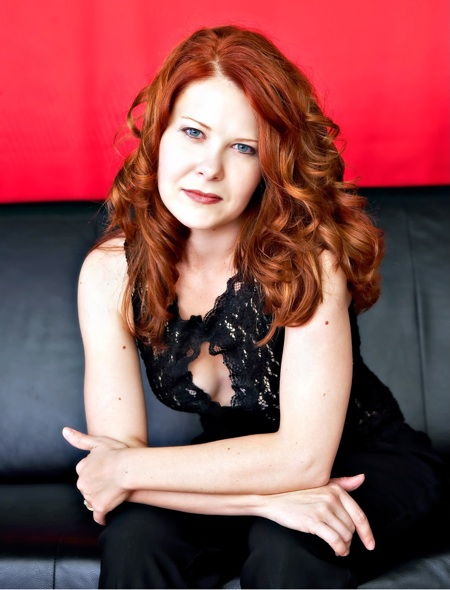 Martin Matalon’s Short Stories (2005) followed, a solo for vibraphone that felt gentle even though it was as bright and colorful as a preening peacock. Mach explored the curious dichotomy of that instrument, a sound that combines the sharp impulse of beaten bars of metal with the pure sine waves of the tubes below, like high hat and flute in one golden slur. After “leggero” came a teasing “pesante,” with little flounces followed by long decays.

A last modern work took the glittery language of percussion and added fierce stutters of voice and rounded notes of contrabass. George Crumb took single lines from three different poems by Spanish poet Federico Garcia Lorca and then deconstructed them, creating something both fragmentary and thrilling. This excerpt from his Madrigals Book I (1965) featured Einfeld, Mach and Michel Taddei on contrabass.

Sharply plucked bass notes and even sharper vibe notes accentuated the spit-out consonants, and we slowly realized that Einfeld was singing the lyrics handed out to us, Verte desnuda es recordar la tierra, To see you naked is to remember the earth. That line is so powerfully evocative that it was surprising to hear its words growled and hissed and hummed. But Crumbs’ treatment had its own unearthly beauty, and it was the high point of the night.

The string quartet returned for a French love cycle, and deepening the usual quartet sound, Taddei anchored on bass. In La bonne chanson, Gabriel Fauré used nine poems by Paul Verlaine out of 21, cherry-picking the most adoring and leaving out the more ambivalent faces of love. Einfeld returned, and her soaring vocals were echoed by succulent harmonies. Fauré was deeply in love at the time he composed this, and though it is a little over-the-top, and even at times fevered, what’s not to love about love?

After applause, Einfeld returned with Mach for an encore, Breath by Stuart Saunders Smith for toy xylophone and hummed vocalizing. Like many experiments, it was a lot of fun and a bit pretentious. But fun!