On Thursday, Feb. 6, Joana Carneiro led the Berkeley Symphony in three works that at first glance had little to do with each other. But a deeper look revealed two clever connections: these three composers returned to older forms to make a modern case, and all three did so without the Sturm und drang of so many new dramatic efforts.

Pulcinella Suite was written as Stravinsky was transitioning from his primal early works into sophistication, and leaving behind the savagery and rhythmic complexity that propelled his rise to fame. Called an artistic retreat by some, Stravinsky’s post-World War I search for a less combative paradigm resulted in his “neoclassical” phase. In Pulcinella, originally composed for dance, he emulates the clean lines and rich accords of Pergolesi, a composer whose Stabat Mater is still much performed today. After the horrors of the “Great War,” a yearning for a simpler Baroque beauty was natural. A contemporary of Bach, the famed Pergolesi fell victim to that “simpler” past, however, dying at the age of 26 of tuberculosis. 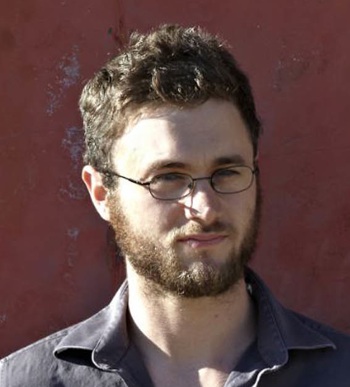 This was a tough warm-up piece, and the Berkeley Symphony sounded a little naked, but they maintained the tension between a reduced orchestra and string quintet, along with the lilting flavor of dance.

The centerpiece of the evening, and a big surprise, was Samuel Carl Adams’ Violin Concerto, a work by an extraordinary young composer that was commissioned by the Berkeley Symphony. Thursday night’s premiere at Zellerbach Hall looked back to the era of traditional orchestra, rather than the computer driven arts and amplified music that increasingly defines our age. The son of a renowned composer and an artist, Samuel Adams joined the “family business” with training from Yale and Stanford, where he absorbed electronic arts to polish his classical roots at Berkeley’s Crowden School.

British violinist Anthony Marwood fiddled with a light-hearted video-game quality, crafting an airy weave out of an oddly driven line. There was excellent texturing throughout, with horns and string triads combining in quirky washes of sound. Harp and brushed snare glittered over a busy machine context, an undercurrent that felt inspired by electronics. Marwood’s gestures bordered on the abstract, more interested in interval than in melody, with a continuous structure that rose and fell in lithe loops. It was intense, soloistic and unrelenting for the violinist, but marvelously accessible.

This was a fresh musical language, resisting both older forms and contemporary reactions. Its consistent vocabulary, restless motion, and capacity for mood created an eerie and beautiful construct that stands on its own.

After intermission, the Berkeley Symphony was in their prime in Mendelssohn’s Symphony No. 3, the “Scottish” symphony. In this muscular work, Mendelssohn captured the clever lines of the Classical era, but painted with the wider brush strokes of Beethoven. The musicians were bright, assured and resonant, and boasted exceptionally clean unison strings and stately French horns.

It was illuminating to watch Carneiro conducting, as her gestures imparted the sweep and intimacy of the music. Then there were moments when she stopped conducting and just swayed with her hands on her heart, truly inhabiting the yearning and the majesty of Mendelssohn. The musicians, needless to say, rose to the occasion to make it a special night.

Photo detail above, of Samuel Carl Adams, by Deborah O’Grady