A Polish powerhouse and a chiseled beauty…

An evening of surprises lay in store for Berkeley Symphony fans last Thursday, Feb. 4 at Zellerbach Hall. The first was Monday’s announcement that Joana Carneiro, their dynamic conductor, was too sick to fly in from Lisbon for the week of rehearsals and to lead them in a concert that she had titled “Majestic.” 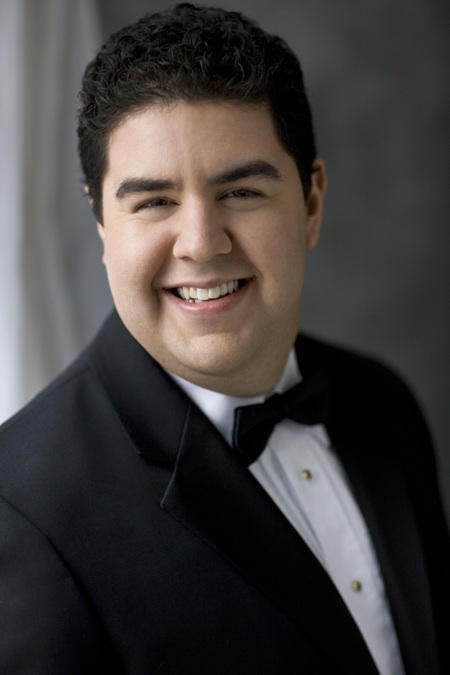 Her last-minute replacement, Phoenix Symphony conductor Tito Muñoz, saved the day and then made it a night to remember, leading an extra-large orchestra in two monumental works: Witold Lutoslawski’s Concerto for Orchestra and Beethoven’s Piano Concerto No. 5 in E-flat major, the “Emperor.” Muñoz’ concise conducting style, formal and succinct, was the opposite of Carneiro’s expressive gestures, but elicited tight entrances and a rich sound from Berkeley’s fine musicians (and he talked about how excellent they were before the concert).

“That must be a conductor’s nightmare,” mused an audience member afterwards. “That you call in sick and the orchestra loves your sub!” But their triumph was really about the hard work and cohesion that they developed with Carneiro.

Muñoz took the mike to prepare us for Lutoslawski’s concerto, a work composed in 1954 Poland under the Communist regime and burdened with the necessity of pleasing the censors. Its folklorist rhetoric, which fulfilled the politic necessities, is also its glory. “This is known as the most accessible of his works, and its three movements have a classical architecture.” He then took us through that structure before turning and picking up the baton.

The opening was electric, a pounding timpani backbone with repeating bits of melody. It was urgent and mechanical and took Polish folk melodies and then colored them as icons of Italian Futurism. The Berkeley Symphony was perfectly focused, drawing us into this modernist triumph.

After that confident and unexpected victory was a third surprise, but it was not really a surprise at all, namely that Conrad Tao, the 21-year-old piano soloist who has garnered worldwide praise, also wowed a packed Berkeley audience.

Tito Muñoz described how he first met Tao. “It was ten years ago at the Aspen Music Festival and I remember him distinctly. He was all of 11 years old and there weren’t a lot of 11-year-olds running around. I was conducting and turned around and he was there playing violin – and yes, he is playing piano tonight – and he was playing with the first violins and his feet weren’t even touching the floor! What was funny was that he was on the outside, and so the fellow who shared the music stand, a 30-year-old doctoral student, was the one who was turning the pages.”

At a gathering two nights before, Tao was asked how the Beethoven piano concerto compares to those by other greats, say Rachmaninov. Tao responded by explaining how the density of Rachmaninov’s compositions was somewhat forgiving; and how the purity and ambition of Beethoven’s cadenzas “exposed the pianist.” 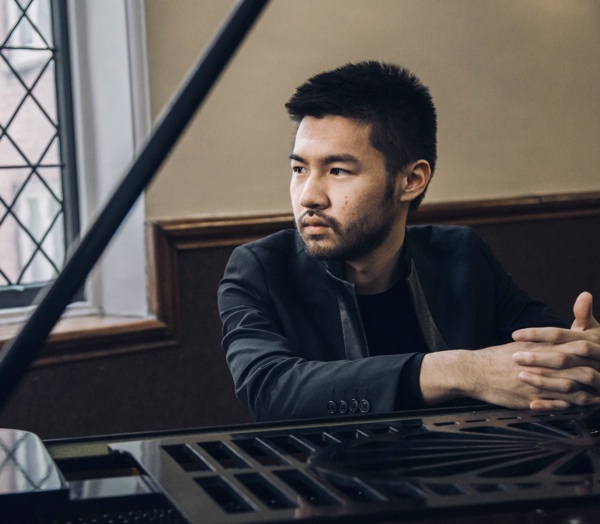 One might think this prodigy too young for regrets, but he has lived long and hard on the concert circuit, and his dreamy slow passages showed that maturity. And besides being an incredible pianist, his own compositions are increasingly in demand.

His encore was even more eye-popping, Elliot Carter’s Caténaires, a blistering piece with a deceptive but continuous arc. I once heard Ursula Oppens perform that, and her method had more liquidity and a dense intensity, but Tao gave it a breathless bravura, with notes that raged and sparkled – sometimes both at once!

“I thought his Beethoven was a young man’s interpretation,” remarked another concertgoer (and a professional pianist). “It was all ‘look at how incredible I am.’ And it was brilliantly done… and the Elliot Carter was done the same way. Really, they were the same… But that Lutoslawski! That was the best I have heard. The real shocker was Tito, not Tao. I didn’t expect that.”

The packed audience enjoyed both, and then stood and applauded Tito and Tao for many curtain calls. “This was a night to remember,” declared one audience member.

Photo top of Tito Muñoz, by Dario Acosta; below, of Conrad Tao, photo by Brantley Gutierrez.