They still got it.

The Bay Area was treated to a tall drink of Brahms on Wednesday, February 26, when Cal Performances brought Yo-Yo Ma and Emanuel Ax to Zellerbach Hall for a mostly-Brahms concert. The famed cellist and pianist, often collaborators, conceived a “Brahms and Beyond” series of three concerts that would pair the Romantic Master with contemporary composers. For this second concert, Australian Brett Dean was chosen to represent the heirs of Brahms’ mantle. 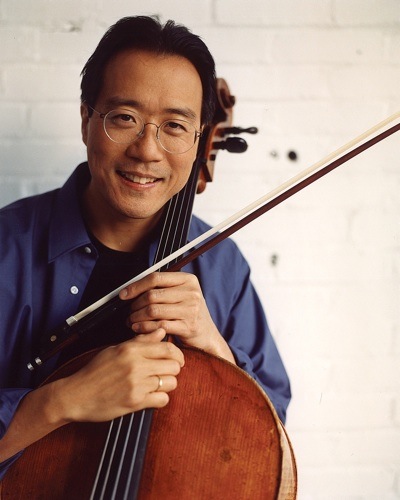 Yo-Yo Ma showed assurance as he opened Brahms’ Sonata No. 1 for Cello and Piano in E minor, with bow strokes that were soft but felt rock solid. Ax answered with lean chords, careful not to overpower the cello, and then they bloomed into big exchanges with breath-like rhythms. The light breaths of dream built to stertorous wheeze and thunder, then diminished back to sighs, a sonata imbued with nature from torrential storm to the brimming springs of life.

Ma’s technique is as sound and smooth as it was when I first heard him as a young man in Herbst Theater in 1984. I was a 30-year-old carpenter and bought a single ticket to hear this already famous 28-year-old prodigy. I still remember drowning in his low notes, a deep reverberation that I feel in my bones thirty years and a month later.

At Wednesday’s concert, he still took obvious pleasure in those deep tones, leaning back to face his cello up into the third tier, and smiling as he ground his bow across the lowest string. The thin air of Zellerbach turned into something one could almost chew.

As for technique, there was exquisite care in the details: each note was in the center of the pitch (except when he was doing his Brahms gypsy thing) and sculpted into roundness. 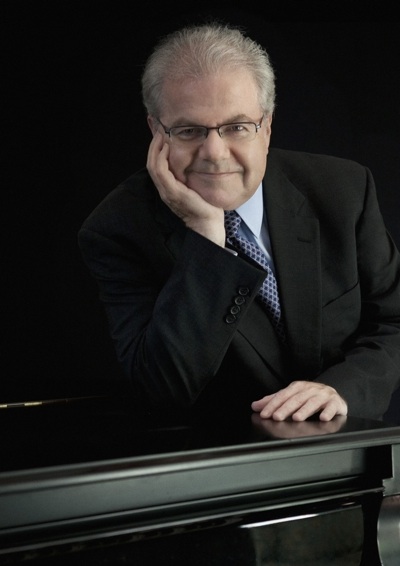 Ax was no slouch as his accomplice, full of care and conviction and using the piano as the purveyor of sinewy grace, rather than thunder. He later showed off muscle, too, in Brett Dean’s Hommage à Brahms, which had its premiere the previous night in Los Angeles. This was a quirky work of three movements, notated as “fliessend, unruhig, zart,” or fluent, restless, and delicately. Based around Brahms’ signature usage of F-A-F, Dean strung together rounds of notes that had the distracted quality of distant child play. The “fliessend” was fluent but slow, while the “unruhig” consisted of fast and demanding triplets. In the too short “zart,” Ax essayed strangely delicate chords that were halfway between fisted chord clusters and Messiaen’s improbable truths.

This textural ease was not surprising. I’ve heard Dean before, when he premiered a suite from his opera at the Cabrillo Festival, and it was full of orchestral colors, at once moving and humorous.

The lovely first movement was like the parables of a Zen Master, where questions grow roots and become answers, but the truncated ending brought to mind what those Zen Masters are fond of saying to students who glimpse enlightenment and then falter: “the head of a lion and tale of a dog.”

The heart of the show was Brahms’ famed Violin Sonata No. 1, op. 78, rewritten for cello. Known for its intense lyricism, this sonata is all about hope, and that translated gorgeously into cello, shifting from violin’s G major down to cello’s D major.

I was once told that Eastern musicians who have not encountered Western scales hear the major modes as intensely sad. That is certainly the case in this sonata, where rising hopeful phrases so completely imply the unattainable. Sumptuous double stops in the Adagio and delicate yearning in the Allegro made this a deeply felt experience… which, just to show that it wasn’t a fluke, they repeated for us in their lullaby-like encore, a cello version of the Adagio movement from Brahms’ Violin Sonata No. 3, opus 108.

The following weekend Cal Performances brought the world-famous Vienna Philharmonic to its busy stage, with three different programs led by three famous conductors. On Friday, Lorin Maazel conducted a program of Mahler’s Sym. No. 4 and Schubert’s “Unfinished” symphony, and their performance of the “Unfinished” at their last visit was incomparable.

According to a review last week in the NY Times, female musicians in the Vienna Philharmonic have swelled from the three I counted two years ago to 11, good news but still 40 short of what there would be if they used blind auditions, the standard for most orchestras. Additionally, there is still a ban on Asians and musicians of color, which supposedly would include Yo-Yo Ma! But if you want to hear one of the greatest orchestras in the world, you can’t do better than these heirs of the Austrian Empire.