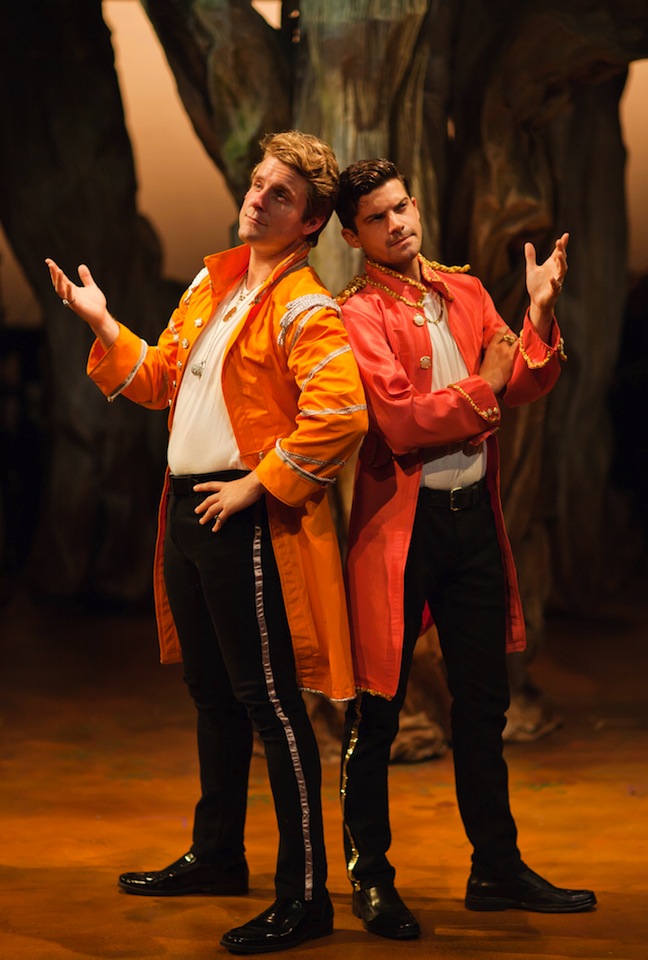 Into the Woods debuted 28 years ago in San Diego and was presented on Broadway the following year. Written midway in Sondheim’s career, with a book by James Lapine, the musical won many awards during the original Broadway run. Among its Tony awards were Best Score and Best Book.

The idea for changing fairy tales into psychological commentaries on human misbehavior had been pursued by the poet Anne Sexton in her 1971 series of poems Transformations. In these poems Sexton used the stories from Grimm’s Fairy Tales to present and examine her own borderline neuroses, pointing an angry finger at the psychosexual taboos of the fifties and sixties. Conrad Suza would set Sexton’s words into his similarly named opera, Transformations.

There is much that is similar in the Sondheim–Lapine piece. The two weave together a series of fairy tales, including Cinderella, Jack and the Beanstalk, Little Red Ridinghood and Rapunzel, and bind them together with a central story of a baker and his wife.

In the first half of the musical everyone says what they want, and everyone wants something. Cinderella wants to go to the festival, Jack wants his cow to give milk, Little Red to bring her granny treats. But most desirous among the desiring are the baker and his wife, who want a child.

This is a wonderful production set in the charming little theater of the SF Playhouse, on the second floor of the Kensington Park Hotel. Originally an Elks Lodge, the Spanish-Gothic theater was constructed in 1924 and transformed into a state-of-the-art theater in 1982.

The actors did a vibrant and lively performance, each suited to the humorous revision of their characters. Tim Homsley played the foolish but lovable Jack. And Ryan McCrary and Jeffrey Brian Adams got to play the very fun double roles of Wolf and Prince – clueless in their own self-absorbed entitlement. As wolves they exalt that “there’s no possible way to describe what you feel/ When you’re talking to your meal,” and as princes they confess to having been raised “to be charming, not sincere.”

Shoes played a big role in show, adding a cherry on the top of a costume sundae confected by Designer Abra Berman. Set Designer Nina Ball hewed woody sets out of fabrics that resembled something by English illustrator Arthur Rackham.

The band of seven instrumentalists, directed from the piano by Dave Dobrusky, did a powerful job as musicians and as the shadowy figures at the back of sets, lit by an ultramarine light.

My only complaint was the acounstics. Face mics tend give a metallic quality to most voices, and this is especially a problem for belters in the soprano range. It turns their voices slightly shrill and makes it difficult to understand their words. Stage mics often make the voices sound better.

Photo: Ryan McCrary and Jeffrey Brian Adams agonize over the difficulties of being a Prince. Photo by Jessica Palopoli.